Just Another Night on Patrol 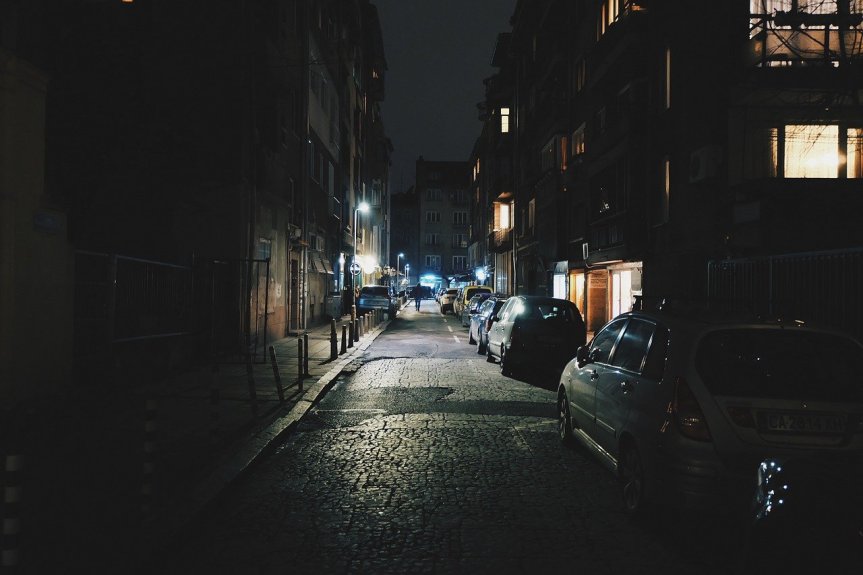 The unicorn trotting down the city alley looked spectacularly out of place. Its coat was so white it almost glowed in the dark and its hooves made a sharp, hollow clop each time they came down on the dirty pavement. One hoof splashed into a puddle and the unicorn shied back from it, as if it had stepped in something hot and dangerous. A faint smell wafted from a shimmering patch of air at the end of the alley, behind the unicorn. The scent fairly hummed with springtime and grass and warm breezes and bright, clean sunshine unimpeded by the haze of a city nor the stench of the trash that filled the sides of the alley. The unicorn pulled the smell with it like a little bubble of whatever green and happy land it had come from that seemed to insulate it from the processed, human smells that filled the space.

Officer Tandy Morton stepped into the alley from the street, her hand on her weapon. The unicorn surprised her just a little. She expected to see something come from the dimensional destabilization point (or, as they called it in Retrieval and Rescue, a DDP), but nothing quite that big. Usually, what popped through a DDP was either small and inanimate or small and…stunned to be in such a new place suddenly and without warning.

This was new. She checked to the right and left again, just to make sure no one else was nearby. The alley sat between a used book store and a dry cleaners but they were both closed, the staff all gone for hours. That was good. Witnesses complicated these incursions. Officially, what came through the DDPs were reported as dimensional detritus — trash from beyond space and time, as one clever web site had put it — but R&R existed because sometimes what came through wasn’t exactly trash.

Sometimes it was alive. And that sometimes had been happening a lot more often lately.

The unicorn finally saw Tandy and stopped cold. Its nostrils flared and its eyes widened. It snorted and, even from halfway down the alley, Tandy could smell the undercurrents of fresh meadow and spice. It reminded her of springtime at her aunt’s farm but also of how out of place this thing was here and now. She unsnapped her holster slowly, but even that little movement caused it to lower its head at her, pointing the dangerously-sharp brown horn directly at her.

She took in a deep breath and held it. Clearly, it was scared. She didn’t know what things were like in whatever LeGuin-Class Dimension it came from, but she was sure it was nothing like this. There was no way it was used to the feel of pavement under its hooves or the stench of a modern city in its nose. She needed to be calm now and not spook it any more than it already had to be because if it got past her and someone out there saw it…

She edged her weapon from the holster. The unicorn snorted and stamped a hoof, which sparked blue. Tandy could taste the magic now, not just from the unicorn but also from the open portal beyond it. She drew a steady bead on the horn jutting from its forehead, slowly released her breath, and squeezed the trigger.

A slim, silver spark snaked from the muzzle-end of her pistol, not lightning but not a projectile either. It crooked and flowed toward the unicorn as if guided by Tandy’s own mind. Which, in a way, it was. The Beam was a very special magic, just for incursions. The unicorn finally broke its fear paralysis and leaped toward her but the spark caught it right in the center of its head and wrapped around and down its horn, just as she had intended. She held her pistol trained on it and the spark grew to outline the entire creature in bright light. The crackling of power, that might have been electricity but certainly wasn’t, grew louder. The unicorn struggled, but could not break free. It tried to whinny, tried to squeal, but no sound other than that of Tandy’s weapon echoed down the alley.

After a moment, the unicorn stopped struggling. It dropped to its knees, then onto its side. Its eyes, once wide with panic, slid closed. Tandy kept the weapon active and walked toward it, watching it carefully. When she was sure it would not rise, she released the trigger and put the weapon away, and knelt next to the beast. She ran a hand over its powerful neck and closed her eyes. A pulse fluttered under her fingertips. She smiled and gave it a gentle pat.

“Good tussle you gave me, buddy-row, but you can’t beat the Beam. Now let’s get you home.”

She tapped the badge on her right sleeve. “Central, this is Romeo Two Two. The anomaly off Cheshire is confirmed. There was an incursion, which is fully controlled. Request a second unit for return and closure.”

“Thank you, Central,” Tandy said and sat back on her heels so she could see the mouth of the alley. It wouldn’t be great if someone came along and saw her kneeling over an unconscious unicorn. But that wasn’t such a problem this time of night. Not many people on the street. Easy enough to Beam an accidental witness and take them in for a quick memwipe.

No. The real problem was that portal. She had no idea where it led, but she hoped nothing else came–

Just then, the distortion made a deep groaning sound that made her feel slightly sick. She had never heard the sound before but she knew, all the way to the marrow of her bones, that it was the sound of something horrible and intensely wrong. And she was less than 50 feet from it. She drew her Beamer again and pointed it down the alley. What appeared to be a single giant claw had shoved its way through the anomaly, which groaned more loudly as it stretched to accommodate whatever was trying to come through. The air between it and her rippled like a puddle. She used her free hand to tap the badge again.

“Central! Romeo Two Two. I need a tank! I repeat a tank! EXPEDITE!” Her voice grew to a shout as an entire foot shoved through the anomaly and thudded heavily onto the pavement. She scrambled to her feet, put her Beamer away, grabbed the unicorn’s horn with both hands, and yanked with all her might. There was a dumpster behind her. If she could get behind it, she might get them both through the next few minutes.

Today’s story began with one of the prompts at the bottom of this post, which is another writing group to which I belong on Facebook. Honestly, the only reason I’l still around that blasted site is the writing groups and a handful of friends who I would miss terrible if I did not hear from them regularly there.

I do hope you got the feeling of standing in the alley with Officer Morton. My intention was to create a whole lot of atmosphere in which trotted a very confused and irritable unicorn. If I did that, I count my efforts a rousing success!