Catching Summer in a Jar 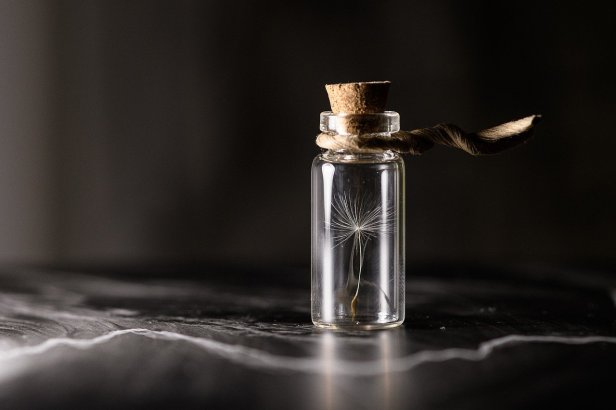 When Nicholas was a young boy, his father had sat next to him on the river bank, tossed his hook into the water, and told him to enjoy every minute of the late June evening because no one could catch summer in a jar.

Hours later, his father was dead, his body crushed by a careless driver. The accident crippled Nicholas, but left his mind bright and keen and hungry.

Nicholas wanted to save that one last summer with his father, but he couldn’t. Despite all his studies and inquiries, despite the vast fortune he had spent over 30 years, he could not turn back time. He couldn’t save his father. He couldn’t save even a single day with the man he loved almost more than his own life. And so he had decided if he could never enjoy another summer neither would anyone else.

He had devoted the next 30 years to new research. He sought out books written by the utterly brilliant and dangerously insane. In their rantings and babblings he discovered new powers, new avenues to explore, dark corners where science and mysticism merged. He read manifestos scribbled in ash and blood. He shed gallons of blood — sometimes his own, but mostly not. He emptied bank accounts and his own soul. Over time, he found what he needed and questing became acting. Storms blew up as the power he summoned changed the flows of air and water. Earthquakes rumbled as he strained the very foundations of the Earth. Time itself would slow, first by seconds but occasionally by minutes.

Eventually, the vial filled with the thing he had sought to capture. The dandelion seed he carefully caught on a warm morning breeze trembled and glowed as the little glass vial filled. He held it up to vial to the light. Inside, the dandelion seed glimmered like the evening star. It felt warm in his hand, like a Sunday afternoon in late July. If he pulled the slender cork from the opening of the jar, he would have smelled sunflowers in a meadow. He dared not do that, though, not after all the effort it had taken to distill all of summer, to strain it through magics that had nearly broken his mind like the accident had broken his father’s body and his own. Carefully, he tied a leather cord around the neck of the vial and hung it around his neck. He would keep it forever, he thought. Forever and ever, until the ending of the world.

On June 18, the world noticed that something was very wrong. The day that should have been longer than the day before simply was not. June 19th was the same.

On June 20, the day summer was supposed to begin, summer did not arrive.

It could not arrive.

Nicholas had trapped it in his jar.

If you ask me to explain more about Nicholas, I’m afraid I can’t. He’s a kid who lost his father and went a very long way to the twisted old man with the adamantine heart who, like the Grinch, stole summer.