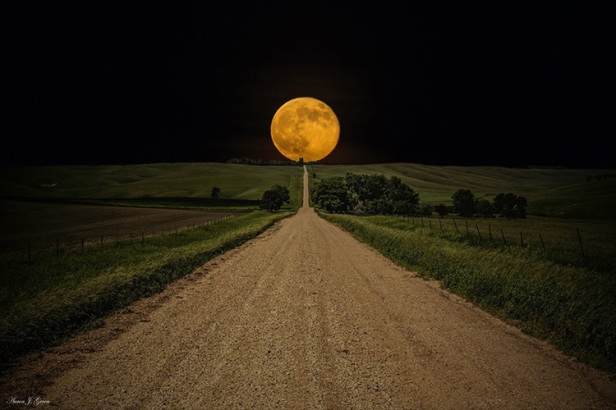 The Soulless screamed as the rounds from Father Johannes’ shotgun hammered its torso. It dropped the bloody mess on which it had been feeding, the remains of a soldier it had slaughtered in the shack at the end of the road. Only the elderly priest remained to put down the centuries-old abomination.

“You challenge me, priest? On this night? Under a full moon?” It spat at his feet and the wood sizzled.

Father Johannes racked a round. The weapon, blessed by Pope Pius XII, thrummed with divine power. He set his feet deliberately.

I like hero stories, even on a night when the darkest horrors hunt the night, even if the heroism crosses conventional historical and religious lines. Also, I love the idea, hidden in this story, of a secret Vatican monster-hunting force. I don’t know enough about the Catholic Church to write that story but perhaps someone else does.

Darleen introduces us to a happy couple eager to celebrate Halloween.

BigGator5 gives us a new hero for someone else’s story.

Smitty takes us back to a world we’ve seen in his stories before, and a decision gone wrong.

April’s story is proper-spooky, suitable for telling around a campfire or as a bedtime story.

Becca’s story is a no-story. I’ve had a few of those myself.

Tania went long this week. She’s ramping up for NaNoWriMo and this is her warm-up.

WeirdDave is in with his first story this week, a tale that reminded me a lot of early Stephen King.