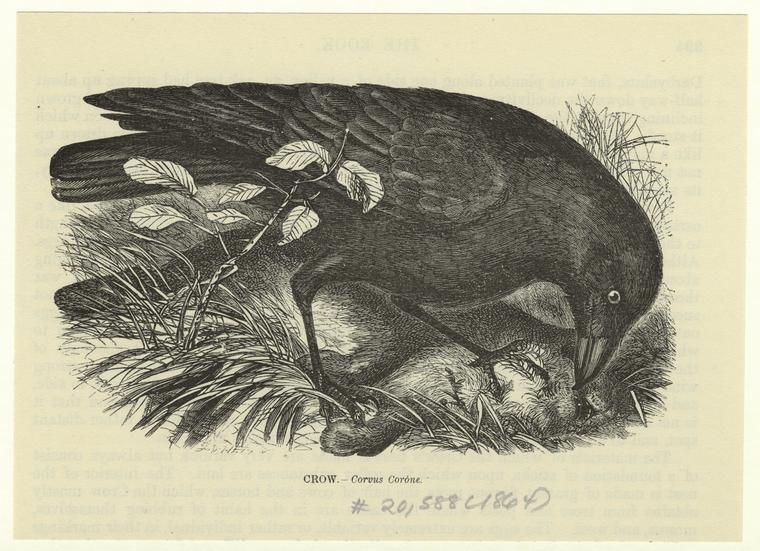 Norman sat alone on the bench in the courtyard, surrounded by crows. He looked down at his phone, fiddled with it once in a while, oblivious to the birds that hopped and bickered from the full trash cans and scrawny trees of the courtyard. He certainly did not notice Alastair, his boss, who strode toward him, a nattily-attired popinjay in full plumage.

“Norman, you’re fired”, he said, more loudly than necessary. When he spoke, the crows went silent all at once. He looked around, shook his head, and focused again on Norman.

“Did you know that crows don’t sing? They talk.” Norman still hadn’t looked up. His thumb flicked across his phone and he said something into it that Alastair couldn’t make out. Around them, the crows murmured. His phone made a sound like “Yesssss….hiiiim.”

Alastair looked to the branches above them. The crows, rapt, watched them both. “Yes. Well. You have to go. The board made its decision. Your app took too much time and cost too much money. If they had asked me before they approved your moronic idea, they would never have approved it. What do you say to that?”

Norman kept on. “Crows say all sorts of interesting things, I’ve learned.” Norman was still fiddling with his phone and it was irritating Alastair more and more. He had thrown away a couple million dollars on the stupid idea that a smart phone held enough processing power to decode bird song. But he had failed, hadn’t he? Alastair read every report, even if he didn’t understand most of what they said. What was important is that every single iteration had failed. Song after song — canaries, thrushes, sparrows — had proven untranslatable. Two wasted years. But now Alastair had finally gotten approval to terminate the program and fire Norman. His budget would flow quickly into Alastair’s control and, if he played things right, into the accounts Alastair set up in certain banks that only one other person knew anything about.

“Who cares what–?!” Alastair barely kept himself from yelling. He took a deep breath and reminded himself who was in control here. “Actually, no, Norman. I’ll bite. What do crows say?”

He mumbled something Alastair couldn’t hear that almost sounded like a croak. The crows in the courtyard seemed to shiver, like they were part of a single body, one very large and attentive crow. Alastair cleared his throat. “Did you hear me? I asked-”

“I heard you, Alastair.” Norman finally looked up from his phone. His puddle-brown eyes held an emotion Alastair hadn’t seen in the man before, not that he had paid great attention. “Mostly, crows talk about food. Like us, they enjoy the security of knowing where their next meal might come from. But sometimes they talk about things they’ve seen. People they recognize. People who go into and out of places they might not belong.”

Alastair narrowed his eyes. “What are you talking about?”

“Carolyn. I’ve known for months. The crows tell me every time you visit. They don’t quite understand what you say, but they repeat can it well enough. Their hearing is that good. So is their sense of smell. They told me you were coming before you got here, and where you’d been. They smell my wife on you.”

“So you know. So what?” Alastair laughed, short and sharp. The crows tittered in response and Norman’s phone made a noise that echoed his own laugh. That unnerved him a touch, but he kept on. Taking a step toward Norman, he lowered his voice. “You can’t do a damned thing about it. You’re done. Your wife is mine.” He leaned in, loomed over him.

Norman ducked his head. “No. I guess I really can’t. I’m a small man with no power and certainly no hidden bank accounts. I wonder, Alastair. Does the board know just how much you’ve siphoned off the projects you’ve controlled?”

“Now you just wait”, Alastair said and grabbed Norman by the shoulder of his rumpled suit. Every crow in the courtyard grumbled but Norman didn’t even try to resist. Instead, he tapped his phone’s screen and it made a sound. This time, Alastair heard it clearly. It said “Foooooooood”, low and guttural. He let go, his fingers numb. A thought occurred to him slowly, like a shadow crossing over a sunny glade.

Norman sighed. “Yes, Alastair. I know the account numbers. I even known your pass codes. Like I said, crows have very good hearing. And you are not very quiet.” He shrugged himself free from the bigger man’s grip, stood, and took a couple of steps away from the bench. “I wonder how loud you will be in the end.” He raised the phone to his mouth and made a croaking, cawing noise that choked off at the end.

Alastair finally realized his fate as the nearest crows lit down from the tree onto the bench near him, their black-dot eyes full of naked hunger. He heard a rushing hiss behind him, like a sudden great breeze had moved a pile of leaves. He looked over his shoulder and saw the crows coming. In a panic, he tried to run but he had nowhere to go. The crows were all around him — above and at his feet, at the back of his neck and his face — pecking. They drew blood quickly and Alastair screamed.

“NORMAN! Help me! Call them off!” But there was no answer. Norman was gone as surely as if he had sprouted wings and flown away. Suddenly, as the blood flowed from a thousand small wounds, he had a funny thought. Maybe the crows had carried Norman back to his home, gripped kindly in the claws that rent and tore at him. Wouldn’t that be a sight? Wouldn’t Carolyn be surprised to see that when she opened the door?

And that was the last thing he thought as the murder of crows lived up to the name.

This started out as a 100-word story then…grew. I like the result, though. I wanted a story that felt a lot like it belonged in a show like The Twilight Zone or Alfred Hitchcock Presents. You may want to envision the scene in black and white. In fact, you might find the crows more menacing if you do.

I wrote with with minimal editing. Consider it an experiment that might bring me a touch closer to being the sort of writer I want to be — the sort that cranks out cool stories you’ll love on a frequent basis. I’m not up to writing a short story every day like Dean Wesley Smith did last month, but I bet I can do one a week. Assuming this one works well enough.

What do you think? Does it work well enough?