The Tomb in the Desert 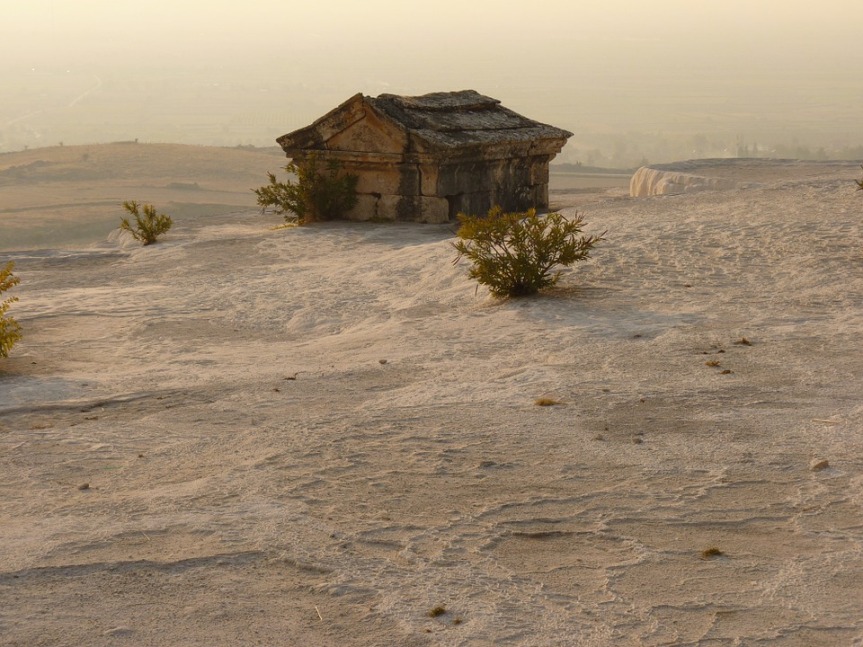 Dev the Rat crawled the last horrible foot to the tomb and pressed his hands against the metal door. He smiled through cracked, bleeding lips, whispered a name long-forgotten, and died.

The wind gusted, sending a skirl of sand hissing around the mausoleum and the dead man’s face. Vultures circled silently, but dared not land.

Slowly, the door opened. An desiccated hand reached out, clutched the scruff of his cloak, and dragged it in. There was a rasping, sighing sound, as if an ancient thirst had finally been slaked.

Dev the Rat walked whole from the mausoleum. He was smiling.

Here’s my shot at this week’s Phantom Sway writing challenge. It’s been a while since I turned the creepy up to 11, but I think this one got right up there. Makes you wonder what was in that mausoleum, half buried in the sand of the deep desert, doesn’t it?  You’d probably be better off wondering, though, why people would build a mausoleum in such an isolated location.

Or what they would entomb there.

Eh. It’s probably okay. I’m sure there isn’t anything stalking across the desert, heading for that populated port city just days away.  It’s cool.

Anyhow, if you want to get in on the fictional fun, the prompt is right there for you. Just click over there and put the story in the comments or your own web site! Easy-peasy chicken-squeezy!