Showdown in an Unnamed Canyon 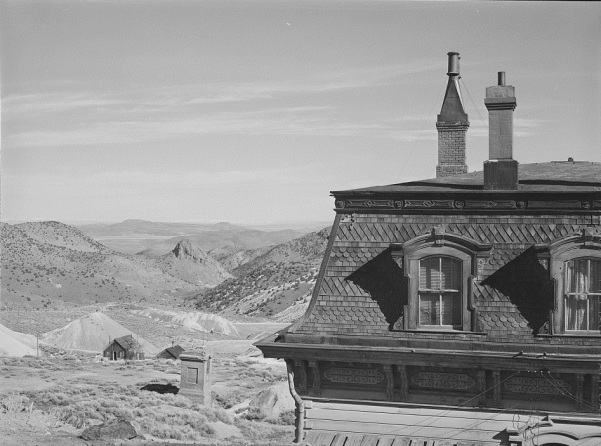 The Wizard stepped from behind a boulder and leveled his legendary gold revolvers at Hank. “Drop the banger, boy”, he cackled like a stormcrow. “I got the bulge on you!”

Hank gingerly tugged the battered pistol from its holster and let it fall to the dust. He held his hands open and waist-high to show them empty. The Wizard danced a little jig on his stork-thin legs, mad victory alight in his jet black eyes. The charms and talismans that hung about his neck and from pouches on his gun belt jingled a cacophony. “Yes, yes. Good. And the dog”, he said, and waved one of the revolvers off to the right. “I know he’s up there, sneaking. He’s a sneaker. A Sneakerson”

Sumo loped over the crest of the nearby hill, all legs and muscle, to stand at the boy’s left side. His head nearly reached Hank’s shoulder, a testament to how big the dog was, and how young the boy. Sumo’s nose wrinkled at the stench of sour magic and he sneezed. “Sorry”, he said. “He stinks”. Hank barely repressed a grin and nudged the mastiff with his elbow. “‘S okay.”

The Wizard frowned and lurched forward a couple steps. “Stinks? STINKS!”, he said in a voice that brought small stones rattling down the hills around them. “I wield the true magic, boy!” There was a gleam in his jet black eyes now, shrewd and cruel. “Your Da knew me of old, he did. He came out against me, him and his posse. But you know that, don’t you, boy? Your Ma told you the story. Told you how I killed him?”

Hank nodded, but said nothing. The corners of his eyes tightened and his hand moved to rest on Sumo’s shoulder. His fingers twitched in his friend’s fur and the big dog rumbled deep in his chest. The gun still lay in the dirt at his feet. His right hand hovered over it, immobile, as if cast in stone.

“Oh, I beefed him, but not fast! Oh no, son of the King’s Man! He didn’t die fast, but he dies sure. Did your Ma tell you that, my chap? Did she? I shot him in the throat so he couldn’t speak a word but he didn’t die. No, no. Not then.” The Wizard cackled and stepped toward Hank and Sumo again. Spittle flecked his lips and his beard. He leveled one revolver at Hank and the other at Sumo, the barrels seemingly as dark and vast as one of the abandoned mine shafts that dotted the Wastes. The Wizard had drawn so close Hank could smell his magic now, rank like old milk, hoarded and buried under wickedness so dense it had gone over. But it was as strong as it was sour and Hank knew better than to test strength with strength. He was a boy, and if no man could match the Wizard with the Gold Revolvers, no boy could either. Not straight up. Not eyes to eyes.

He held the Wizard’s gaze as steadily as he could, but the words had gouged his heart, as the Wizard had intended. Hank loved his father, a chief among the King’s Own, a soldier noble and brave. Hank knew only pride when his father left on the King’s mission to destroy the Wizard with the Gold Revolvers. No one man could undo the Wizard’s evil, but perhaps twenty could. If those twenty were the finest of King Osman’s own guard. If they were righteous and good. If they were strong and skilled beyond anyone in the lands. His father had tousled his hair, hugged him long and hard, and told him to look after his Ma. He then hugged Sumo’s neck, scruffed the mastiff’s fur, and told him to look after Hank. They were inseparable, a boy and his dog. They had grown up together in the good years, when there were no cares and life was green like springtime.

Springtime, though, does not last forever. The runner knocked on their worn oaken door not a month later. Hank’s heart shattered. He knew, even before he heard his his Ma’s strangled sob. His father was dead. It was said no one man could match the Wizard with the Gold Revolvers but now it was clear not even twenty men could. His Ma had shouldered the loss, carried it like armor. She was the widow of a King’s Man, every bit as strong and brave. She taught Hank of honor and nobility, of hard work and cleverness. They spent many evenings in tears with the memories of his father and her husband and just as many evenings laughing at others. Hank pored over his Da’s books and notes as any curious boy would and in them he found a wonderful secret, a thing his Da had learned that he never shared. Hank kept the secret like a gem, an heirloom passed from father to son. That was the day he decided to kill the Wizard with the Gold Revolvers, though he told no one, not even his own Ma. Sumo, of course, had learned. No boy can keep such a plan hidden from his best friend. But instead of trying to talk him out of it, Sumo had included himself. Together they would do what no man alone could.

That had been two years ago and Hank thought his heart had healed, the canyon of loss closed enough. His eyes teared up, despite his outward calm. The Wizard saw that and said, “I see your tears, boy! What do you say? Will you go for the gun?” His alighted on the pistol. “That hogleg looks too big for you! I bet it was your Da’s? Wasn’t it? Wasn’t it your Da’s?” He was taunting Hank now, fairly dancing with glee. The jangling of the magic charms hurt Hank’s ears and threatened to steal his concentration. Sumo trembled under Hank’s hand, begged without words to fly at the Wizard’s throat but Hank’s fingers stayed tangled in his fur. As big and fierce as Sumo was, the Wizard was stronger and quick beyond words. The true magic and long years of killing men had made him so. He would put a bullet through the dog’s skull or cook him alive with fell magic before he got four paws off the ground. No. Strength would not win this day. Nor anger. Steady, his grip said to the mastiff. Remember the secret.

Hank cleared his throat before he spoke, to make sure his voice was steady and clear and to give him a moment to clear his head. “It was my Da gun and my Da is why I’m here, Wizard. I mean to end you.” The Wizard grinned like a rabid wolf, and Hank trembled a bit. Sumo leaned slightly toward him and he could feel the dog’s strength like the warm summer sun. It steadied him as it had since he was a baby and Sumo a gangling puppy. He continued. “But I’ll say a word first. Will you hear it, Wizard with the Gold Revolvers?”

The Wizard tilted his head and narrowed his eyes. “A word, you say? Very well, boy. I’ll hear your word. You’ll die while it hangs in the air, but please. Speak.” He spread his hands in a show of magnanimity then turned the guns back on the pair.

Hank nodded, almost a bow. He had fallen into formal speech, his father’s courtly soldier speech. “Thank you, Wizard with the Gold Revolvers. The word is not mine; I just carried it a while. My Ma taught me it is better to be clever than strong and she is always right. The word I bring you is clever.”

With perfect intonation he spoke the Wizard’s true name.

The earth seemed to ring like a bell at the sound of the word and the Wizard reeled as if buffeted by a storm! He tried to call up his magic, but the word slammed down like an iron wall. He tried to pull the triggers of his revolvers but he could not. His strength had fled like a rank coward. He froze for just a second, but it was all Hank needed. He dropped to a knee and his hand fell straight onto his father’s pistol. In one practiced motion, he scooped it up and put a bullet through the Wizard’s jaw and into his brain pan. The Wizard died as the sound of his name still echoed around the canyon.

Without looking at the body, Hank turned and petted Sumo, who licked his tear-streaked face. “I guess we should get home and tell Ma what we did”.

Sumo chuffed and padded along side the boy. “Yeah. She’ll be pretty angry. Probably. Maybe if we pick her some pretty flowers she won’t be too mad. I saw a whole bunch at the canyon mouth not too far away.”

And the boy and his dog ambled back towards home.

I meant to write a 100-word story. Then, I meant to write a 400-word story. Then I gave up and let the story run for a while and here is where it led me. I very much hope you enjoyed it. My friend Ashley provided the inspiration for both Hank and Sumo and they are borrowed here with her permission and blessing. She is beyond wonderful for granting me both (and for letting me do something different with people close to her heart). Keep an eye on her, by the way. She’s a writer as well and has quite a story or two coming down the pike. You’ll want to get in on the ground floor of her writing career; I think she’s going to have quite a good one!

This story is not what I expected it would be. It bears only a loose connection to the photograph in this week’s prompt, a prompt which awaits you and your storytelling chops. You say you have no storytelling chops? Well, maybe. Let’s see. Go on over and give it a try. I’ll bet you come up with something and while it may not be the Great American FlashFic, it’ll be something. And something is a good place to start.