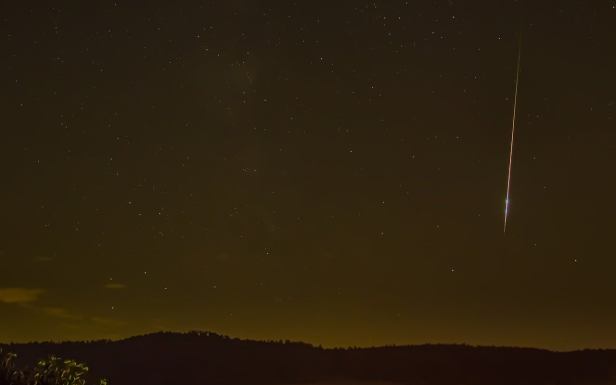 Every warning light in the capsule yelled and flashed and there was nothing Captain McGovern could do about any of them. The chunk of Russian debris had smacked his craft at just under 6 miles per second, and wrecked just about everything. He had no boosters, no guidance, and BrightSky 3 was half a minute from hitting the atmosphere head over tincups.

He cursed and flicked the MASTER ON switch yet again. Nothing. His heart fluttered in his chest and he took three deep breaths to settle it down. No sense in panicking now.

He keyed his radio, which amazingly still worked. “Sorry about that. It’s a mess up here.”

“Roger that,” James, the controller, was crisp and professional. He’d been a veteran police dispatcher before he joined the company. McGovern was glad he was there. “Ten seconds to re-entry. Godspeed.”

He shrugged in his harness and grinned. Make a wish, Jimmy-boy. I’m coming in hot!”

Lena peeked out the window at the deep, dark night. She couldn’t sleep, not while the monster was still out.

A bright streak of light caught her attention. A shooting star! Mommy said they were lucky, she thought. You could wish on them!

She clasped her hands and prayed.

Jack Gardner was drunk, angry, and headed home to work out some frustrations on his wife and kid. His fists itched.

He never saw the light streaking down. Never even heard.

A friend noted today’s story is rather punitive, in an Old Testament sense. I guess it is, though I didn’t intend for it to be so when I started. I suppose that’s where my mind had run most of the week, what with the news of the world lately. And I do like a “great good from great bad” kind of story, which this is as well.

Play along with the prompt here!

One thought on ““Starlight, Star Bright”, a Friday Fiction Story”